I have always been fascinated by the technical advantage of the English Self Longbow….the famous weapon which was instrumental in winning a few battles with our dear friends over the Channel….

Traditionally made of English Yew…this weapon was also responsible for the Urban Myth (?) of the gesture unique to the English….and hence the name of my version… 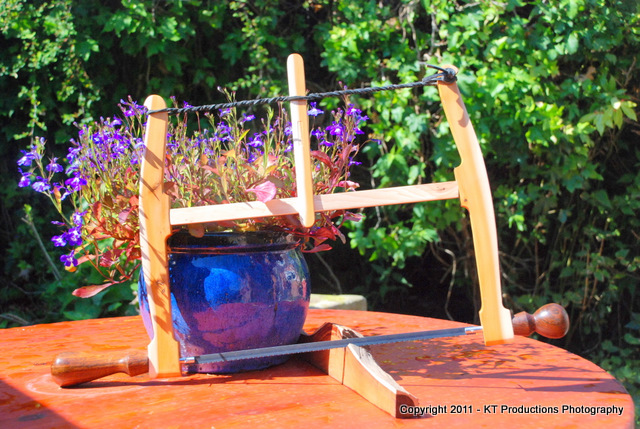 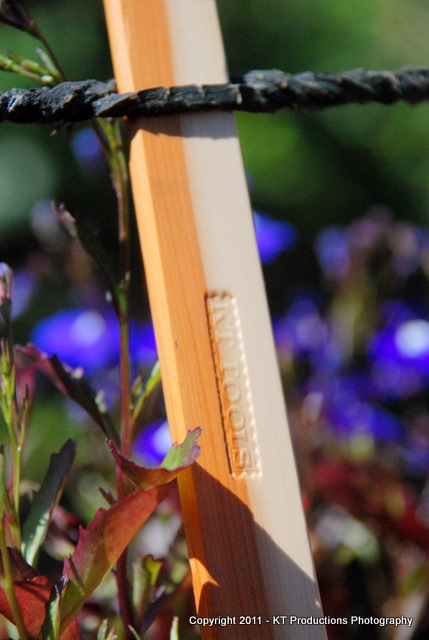 The concept of the traditional yew longbow is the use of the lighter coloured sapwood on the “back” (which is strangely the front facing wood)…and the beautiful orange heartwood, forming the inside curve of the bow….a kind of natural lamination.

The idea is that one wood stretches and the other is compressed and they both want to do the opposite so when released…the bow has much greater forward power than other bows. The Two Fingers Mark bowsaw symbolises this wonderful invention and makes a more attractive bow…but to some extent…the same principle applies… 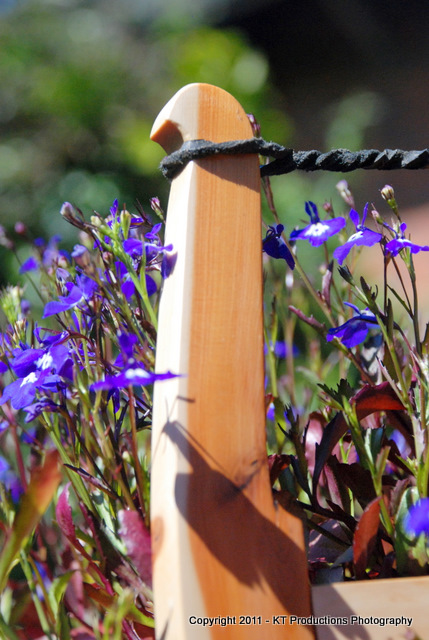 The thin blade which would snap if bent is put under pressure between two pins by the counteraction of the twine which is twisted between the horns of the cheeks…. 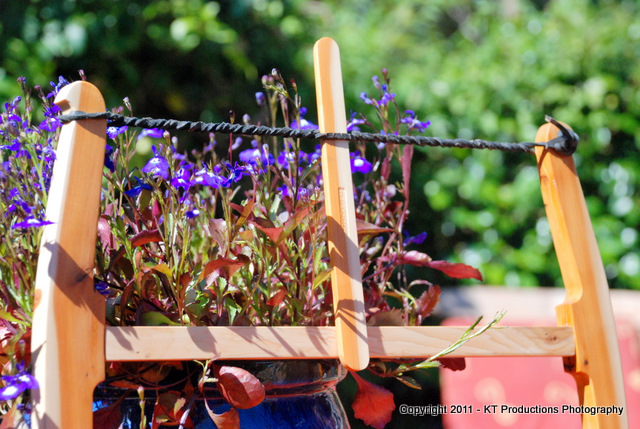 This is then locked into place by simply slipping over the stretcher when the tension is at optimum.

The handles at each end of the opposite cheeks….have steel shafts which are split to accept the blade…and a hole is positioned halfway along to accept a pin to secure the blade before tension is applied…. 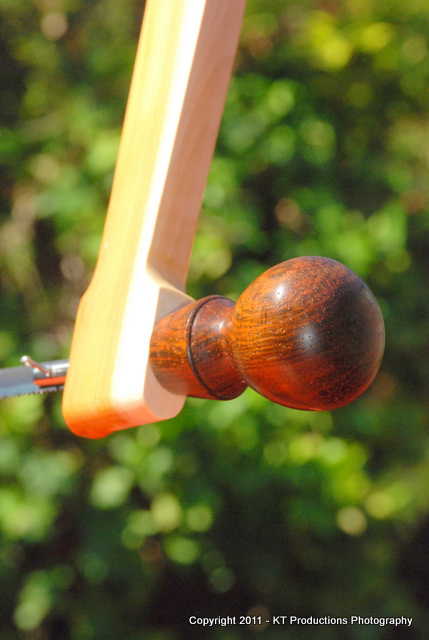 One end is larger than the other…. 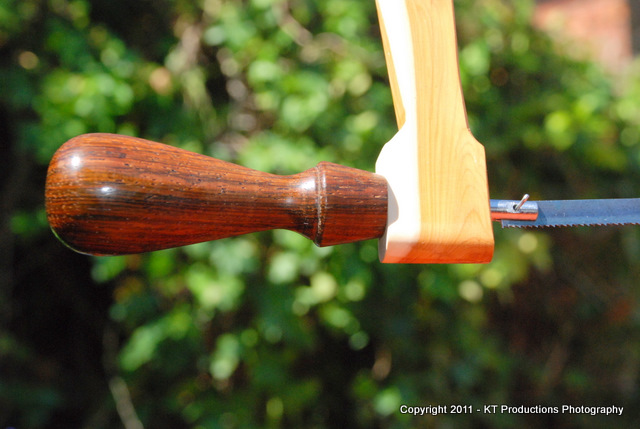 …and is the end that is held when in use.

I chose to use steel for longevity over brass which is traditionally used…and at some point in the future, a locking mechanism will be incorporated to prevent the handle twisting when in use. The handles are made of rosewood…yum!

In order to match the contrast of light and dark wood in the handles…I have laminated the stretcher with some American walnut and yew sapwood….

…this sandwich being much more resilient to shattering or splitting than the primary woods alone…this part is under immense pressure!

Overall finish is with cellulose sanding sealer…followed by Tru-Oil…an amazingly tactile finish for a hand tool.

There is still quite a bit of work to be done on the blade technology…..and the next prototype will be a larger version…with rip and crosscut ammunition…but for now…it’s coming along just fine…. 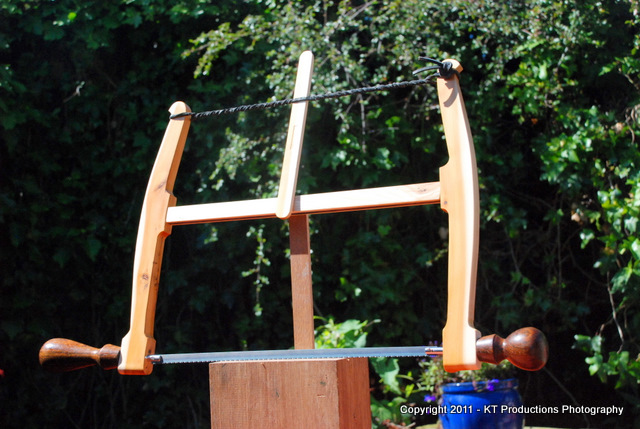 More to come as this develops…comments welcome!